Learning how to make raw ice cream has been great fun and I have started experimenting with raw ice cream recipes using more unusual flavours. For new year I made a tasty crumble topped it with a scoop of my experimental raw apple and ginger ice cream.

I love the combo of ginger and apple so was excited to see how the ice cream would work out. As with the raw ice creams I have made so far the main base is nuts (cashew nuts)

This is the point when you can flavor the ice cream. So for apple and ginger ice cream I juiced three apples and an inch of ginger in my Lequip Juicer, taste the juice and add more apple of ginger as needed, I like mine with a ginger kick.

In a jug add a mug of filtered water  (same volume of water as nuts) and the ginger/apple mix. Whilst blending the nuts slowly slowly add the flavoured water to the mixture – the slower the better. After a about a third of the water the mixture will change to almost cream like, and then become more watery as the rest of the water is added. Once 1/2 the water is added give the mixture a stir with a spatula to make sure everything is combined and then carry on blending and adding the water until all the liquid is added.

Once the nuts and water are blended you can add two big squeezes of Agave Nectar and a tsp cinnamon (for extra spice) then blended to combine. At this stage taste to check for sweetness and flavouring  as one point to bear in mind is once the mixture freezes the tastes are weaker so over flavour slightly at this stage, else the mixture can end up tasting just of cashew nut.

Once the mixture is ready, place in a bowl and in the freezer for 10 mins. This puts it at a good temperature before you add it to your ice cream maker. After 10 mins remove from the freezer and place in your ice cream maker mine takes 30 to 40 mins, the ice cream will be a Mr whippy style. I like to have a sampling at this stage and then add the ice cream to a few small tupperware containers (each being the size for one large portion), this way you can easily get them out of the freezer as individual portions to slightly defrost (say 10 mins) before eating and they are less likely to go icey.

That’s it my apple and ginger raw ice cream recipe – love to know what you think! Sorry no photo but my camera is on the blink. 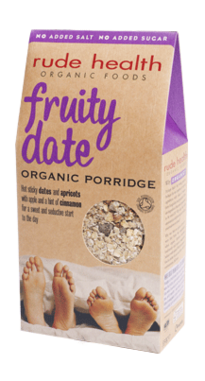