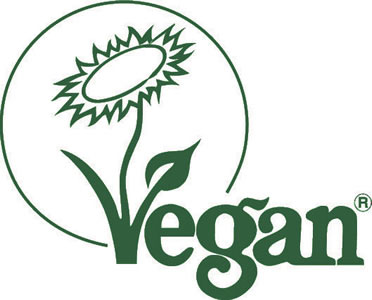 Fellow fussy foodie Claire has been know to describe herself as a ‘meat eating vegan’, a little strange you might think when vegans don’t eat meat. However with a diet that doesn’t contain dairy or eggs, we both almost fit into this category. Which recently has opened my eyes to the fact that a lot of vegan recipes and products are suitable for us, as they omit egg and dairy a few of the ingredients on my food intolerances list.

So I decided to investigate more about being a vegan; what it means and why people do it. So far I have found some fantastic dessert recipes to try that with some tweaking, mainly to make sugar free, should be the ultimate in Fussy Foodie friendliness.

Definition of a vegan via The Vegan Society:

According to The Vegan Society, the main reasons for being vegan are “…concern for animals, people and the environment. Other people adopt a vegan diet to help improve their health.”

I really like the idea of not eating meat, but I just enjoy it too much and with excluding lots of  the other food groups from my diet, I just don’t think I could do it. However for health reasons I do try to limit the amount of meat, especially red meat, that I consume in my diet. I think its a truly English culture to feel the need to have meat in every main meal, one of my favourite meals is infact vegan.

For anyone else on either a vegan diet, or a meat eating vegan (avoiding eggs, dairy, honey). Here are some great tips on products:

Some other foods vegans need to look out for are:

So life as a vegan has the same hidden ingredient challenge as those of us with food intolerances. There are some fantastic vegan products and recipes out there and I can not wait to start trying more of them.