Being a Fussy Foodie/ No added sugar/ Yeast Free

Having food intolerance’s and living on strict anti candida diet means that my diet can be pretty limited so every now and then I try Reintroducing Food. Reintroducing food I find a little daunting as I naturally worry that it might make me ill again. Its important tho to ensure that I don’t have a negative view of food so every now and then I try to reintroduce things again, normally when I smell something that triggers a great food memory and think… mmm maybe I could try that.

However daunting I am open to reintroducing foods, especially those that make up the main food groups that if I was not intolerant too would otherwise be healthy.

So the last few weeks I have been on a mission introducing a few things to see the reaction.

Well I have had a few mixed reactions from my reintroducing food tests. The most apparent result has been with the yeast, I have been eating ryvita (the normal ones that have yeast in). This has been good psychologically as I eat the pumpkin seed ryvita ones normally which are yeast free so I pretty much forgot I was eating yeast.

I have been eating the ryvita for about a week and ever since I have been very bloated and my tummy just feels generally sore. So YEAST is out. Not too fussed about that one but good to know that cutting out foods has been making me feel better.

I had a bit of  cold last week and was finding I was not drinking enough fluids, so I had a few glasses of Rocks Squash, which although has no additives has sugar and very high concentrate fruit sugars, so not great for my anti candida diet. However at the time tasted great – just really refreshing. The main issue from this is that as I have no sugar in my diet it really coats my teeth and I find I get a sugar rush almost immediately. Also it reacts with my tongue and causes my candida to start regrowth. Very annoying but just something I think I will need to stick to until I can really knock my candida over growth on the head.

I have also been trying some potato, not something I advocate for an anti candida diet, as potato is know to encourage candida growth. However I am currently treating another issue as a result of  my gut test and then will be back on a focused anti candida diet in 6 weeks. I have tried a few chips (boy were they tasty) and some boiled potatoes. At first these were really hard to digest but I have persisted a bit with potato and it seems to settle a lot better in my stomach now which is great.

Well now the good news, it seems a cheeky Bombay Gin goes down a treat. I have no wine or beer in my diet and haven’t for a long time, but it seems gin does officially go down very nicely including a warm after feeling. So it seems that Gin is now on my treats list – a big  plus from my reintroducing food attempts.

I would love to know about others attempts to Reintroducing Food, so get in touch. 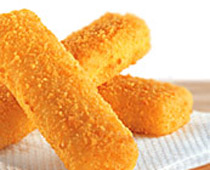