So is buckwheat gluten free? The first thing you should know about buckwheat is that it’s gluten free and despite its name, and the grain-like use of the crop buckwheat is a fruit. It’s a dicot in the polygonaceae family, which also includes rhubarb and sorrel. It is categorised as a pseudocereal to emphasize that it is not related to wheat.

Pure buckwheat is considered acceptable for a gluten-free diet, although many commercial buckwheat products are mixtures of wheat and buckwheat flours, so not OK for gluten free diet.

Buckwheat flowers are highly fragrant and amazingly contains a full spectrum of essential amino acids, making it one of the few vegetarian sources of complete protein that equals the protein of fish or meat. Buckwheat has a nutty, rich flavor that complements many dishes. Its versatility allows it to replace meat in many recipes. Pure buckwheat flour can replace processed white flour almost across the board.

Buckwheat is hardy, which makes it resistant to damage and therefore relatively inexpensive and easy to grow, therefore buckwheat is one of the few commercially grown crops that does not use chemicals.

“Researchers at the University of Madrid fed rats a buckwheat rich diet for ten days. An additional group of ten rats were fed the same diet, but without buckwheat. At the end of the trial period, the intestines of the rats were analyzed and compared. The researchers found that rats receiving buckwheat had a significantly greater amount of friendly bacteria in their digestive tracts than did those in the control group. They also had three additional types of beneficial bacteria that were not present in the controls.” Barbara Minton – Natural Health Editor

Available raw the buckwheat seeds are greenish-pink, or roasted (kasha) the seeds are darker reddish-brown. It can be cooked (1:2 parts water for 6 minutes, leave to stand for 6 minutes) and served like rice or you can add it to stews and casseroles.

Buckwheat flour – Made from ground groats, buckwheat flour can be used to make those breakfast pancakes and waffles, along with bread, muffins, cookies and more.

Buckwheat noodles –  play a major role in the cuisines of Japan, Korea and the Valtellina region of Northern Italy. The difficulty of making noodles from flour that has no gluten has resulted in a traditional art developed around their manufacture by hand.

Buckwheat is also used for breakfast food, porridge, and thickening materials in soups, gravies, and dressings also used with wheat, maize or rice in bread and pasta products.  Buckwheat has also been used as a substitute for other grain in gluten free beer

Buckwheat – get stuck in

Despite the nutritional advantages, quick-cooking properties, and versatility of plain buckwheat, it’s not a popular food. However tucking into a stack of gluten free buckwheat pancakes or waffles will provide vitamins, minerals, amino acids, and prebiotics that create health and happiness – so get stuck in! 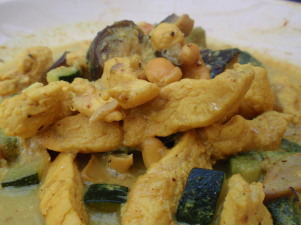